BETWEEN FISHING AND YACHTING, THE SAILORS ARE HERE!

Engine noises, whistling rigging and slapping halyards: welcome to L’Herbaudière Port! It was the first marina built in the Vendée, but is also a lively fishing port and a pleasant place for a stroll with its souvenir shops, bars and restaurants.

At the far northwestern tip of Noirmoutier Island, the cove at L’Herbaudière was used as a shelter for pilot boats at the mouth of the Loire River as early as the 17th century.

At the request of the Nantes Chamber of Commerce, a first large jetty was built in 1869, followed by a second in 1950, forming a protected basin: L’Herbaudière Port was created!

At the turn of the century, L’Herbaudière fishing port was a sardine port. Many small boats called pinasses, manned by crews from Noirmoutier, brought in sizeable catches. At the time, the island had four canneries, that absorbed nearly all of the sardine hauls. When the last cannery shut down in 1965, fishing continued with crabs and spider crabs.

In 1973, a marina was established, the first to be built in the Vendée region. After considerable dredging, the port become a deep water port in 1976, freeing it from the pressures of the tides. At present, it offers 574 berths for boats. 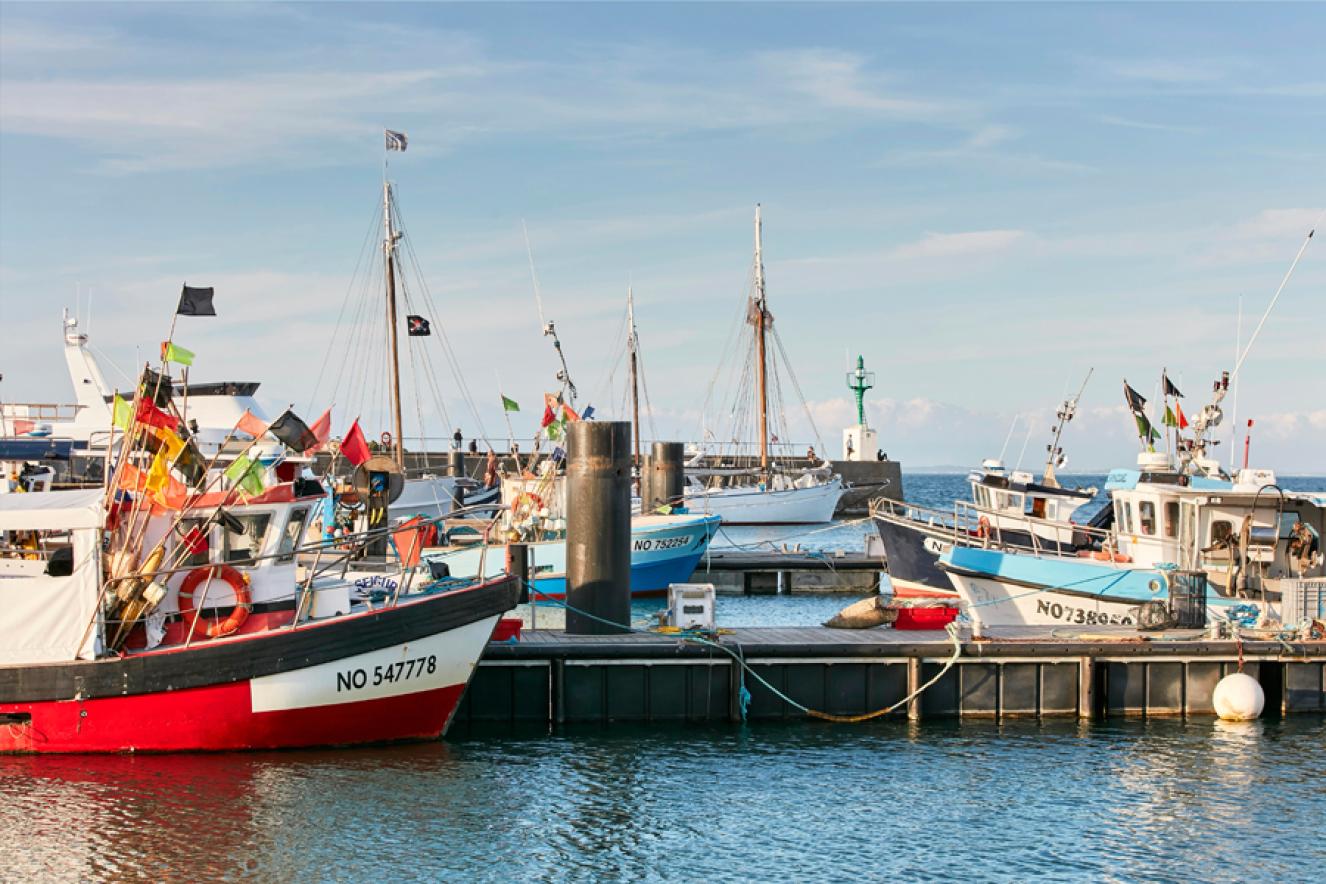 In 1980, the Organization of Small-scale Fishermen of Noirmoutier Island created a fish auction hall, the first of its kind in the Vendée. Nowadays, more than 100 boats unload their catches at L’Herbaudière. They proudly sport the letters “NO”, so often used to indicate a port of registry on Noirmoutier Island.

Most of Noirmoutier’s fishing is coastal, with netters and longliners setting off in the morning for a day of bringing in the nets and lines they dropped the day before. The island’s fishing port is known for its sole and its line sea bass. As soon as they are caught – one by one – the sea bass are marked with a “Line sea bass” label and receive special care. This quality label guarantees the origin of the product, its freshness and an eco-friendly fishing technique which preserves the flavour and appearance of the fish.

Fish auctions are held daily. Lobsters, cuttlefish, pollack, sea bream, mullet, conger eels and monkfish are also unloaded at the port. The freshness and variety of the seafood brought in by fishing skippers, plus the care they take to preserve the quality of their catches, are the real treasure of this lovely Vendée port. The fish are sold to professionals and restaurant owners on the island, but also to certain famous restaurants in Paris, Canada and Russia. 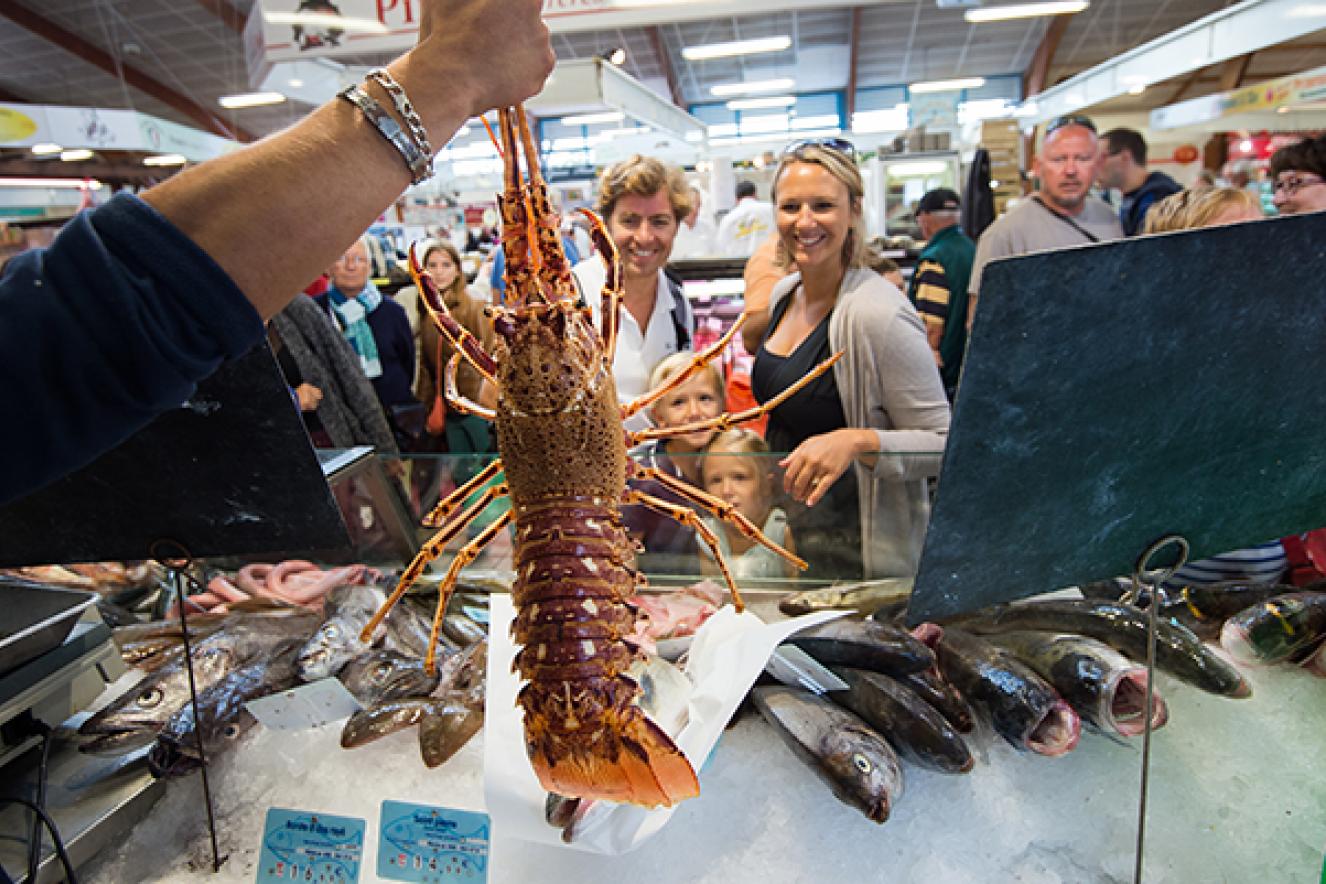 Sale of the day's catch at the market - Jean-Sébastien Evrard

PORTRAIT: A MERMAID AMONGST FISH

Of the 70 boats in Noirmoutier’s fleet, a 10.7 m netter/liner christened the Aumyjelia is unique in that it belongs to Aurélia Sorin, the island’s first female fishing skipper. Taught by her father from a very young age about the currents of Bourgneuf Bay and fishing, Aurélia knew early on that she would eventually take to the sea. At just 23 years old, the young woman, trained by Hervé Billon, now catches sole and rays, conger eels and sea bass in the coastal waters off Noirmoutier Island. 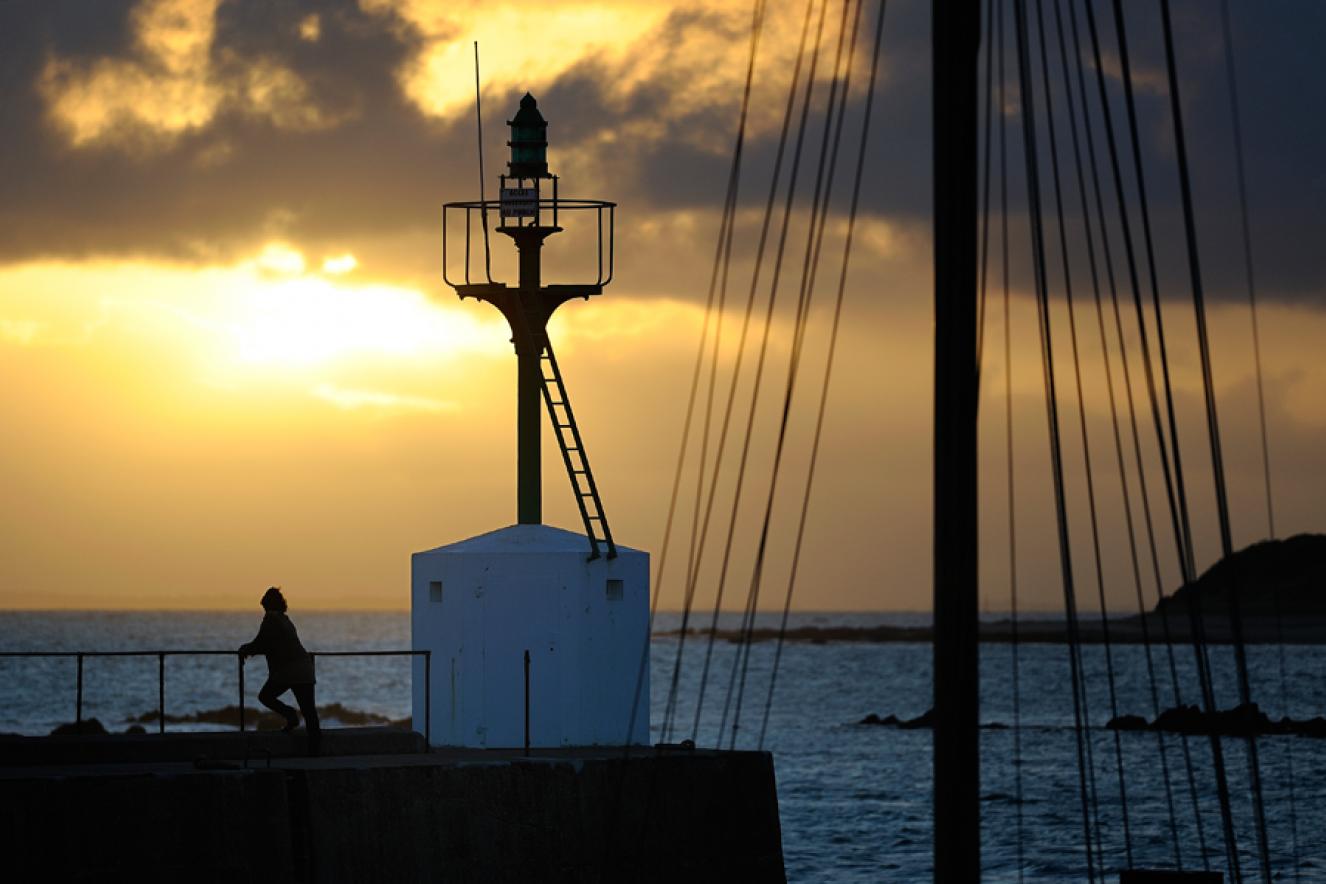 Although the pontoons at L’Herbaudière Port can only be accessed by professionals and boat owners, it can still be fun to wander the port’s quays from end to end, immersing yourself in the world of sailors.

In the fishing section, the jetty at the entrance to the port offers a lovely view of the continental shoreline. You can spot Pornic and Préfailles, and sometimes Saint-Nazaire in the Loire Estuary. As for Pilier Islet, it belongs to the French coastal protection agency. It has a semaphore (defence station) that was very useful for indicating whenever any unwelcome vessels tried to enter the estuary, and two side-by-side lighthouses.

If you head west from the port along the coast, you will come to a rocky headland that is terrific for digging for shellfish.

To the east, the large sandy Plage de la Linière beach is great for swimming, beach games and flying kites. 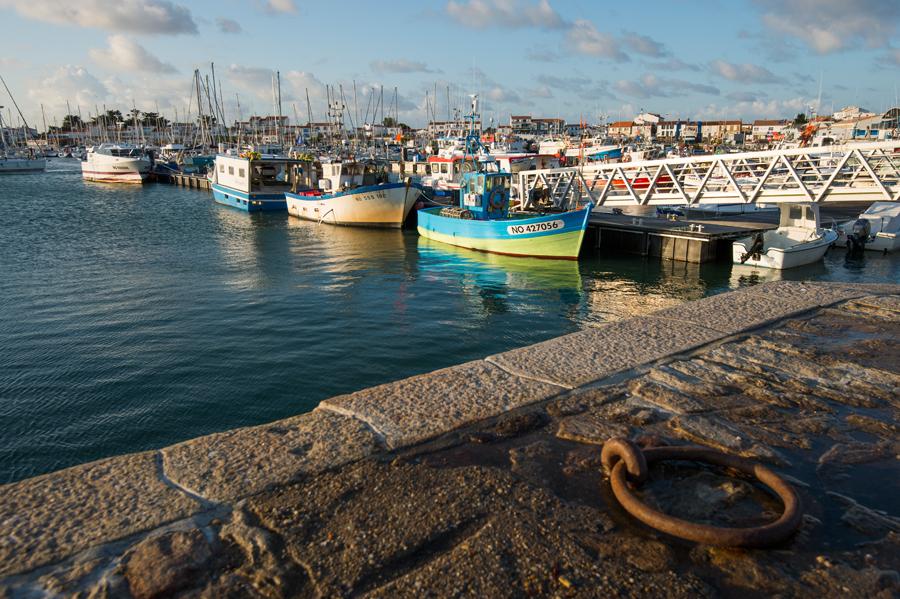 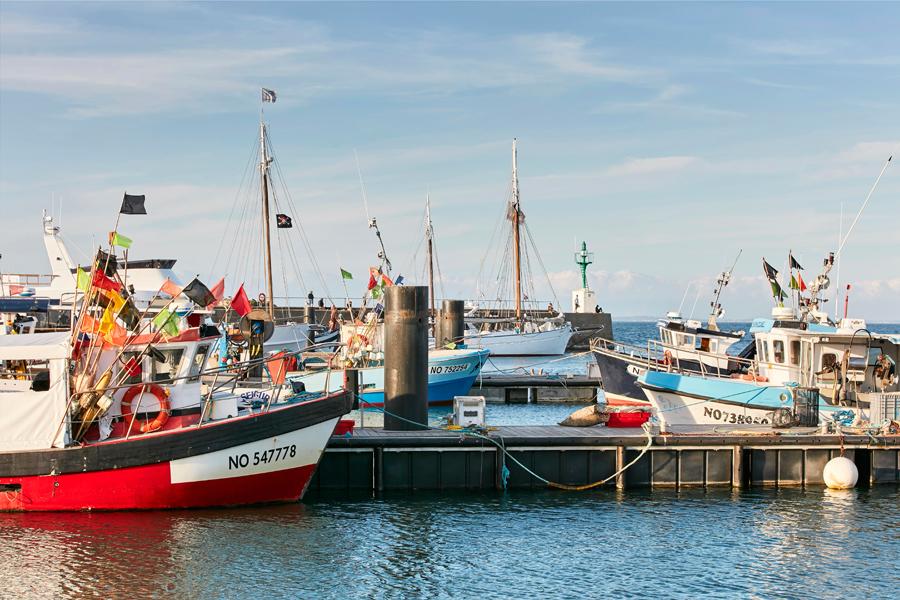 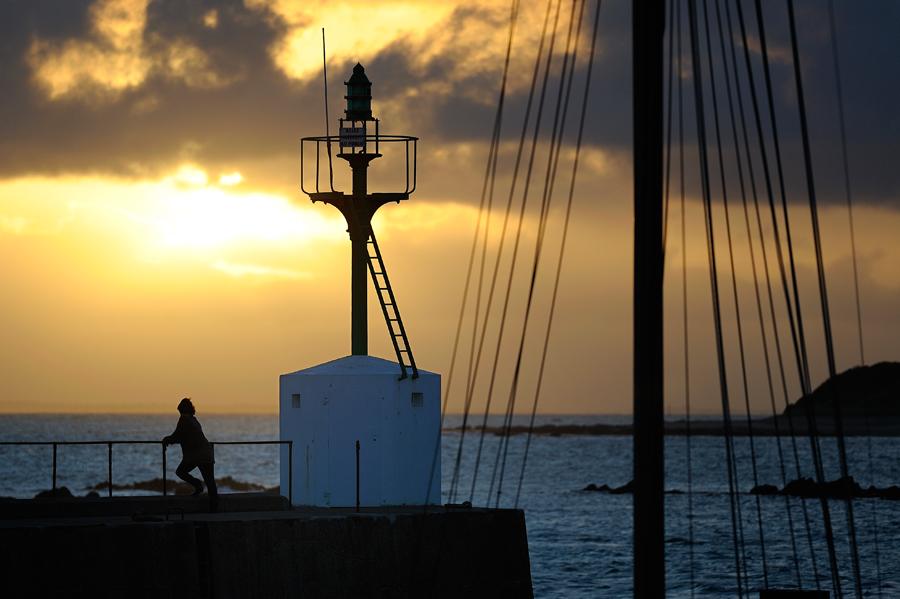 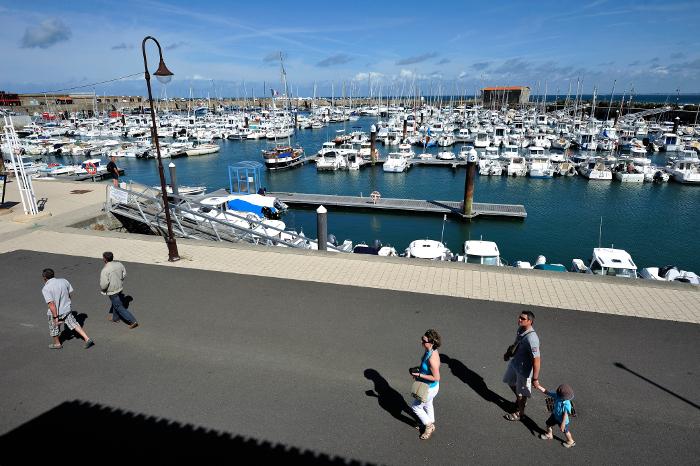 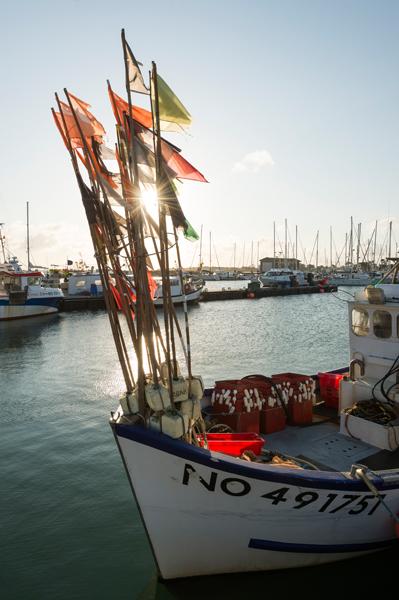 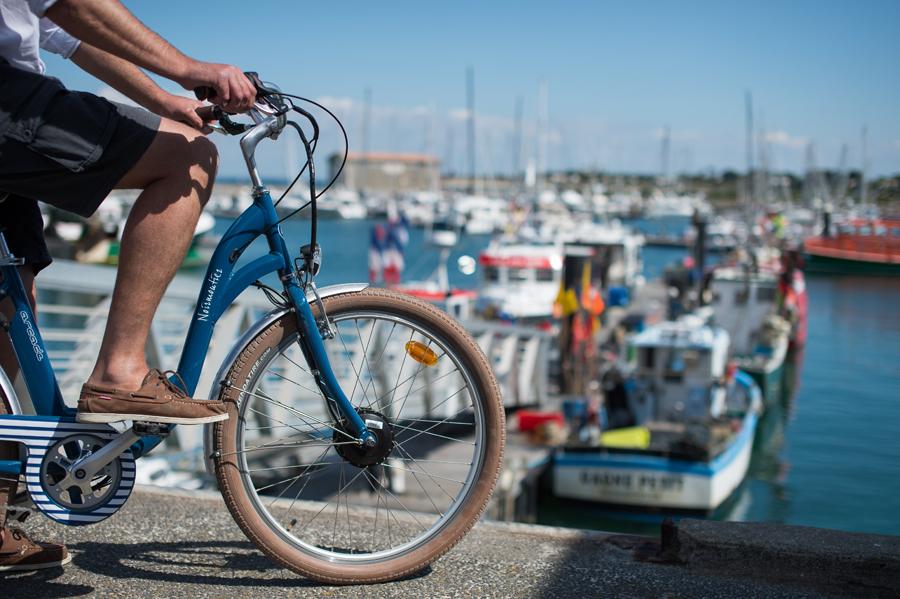 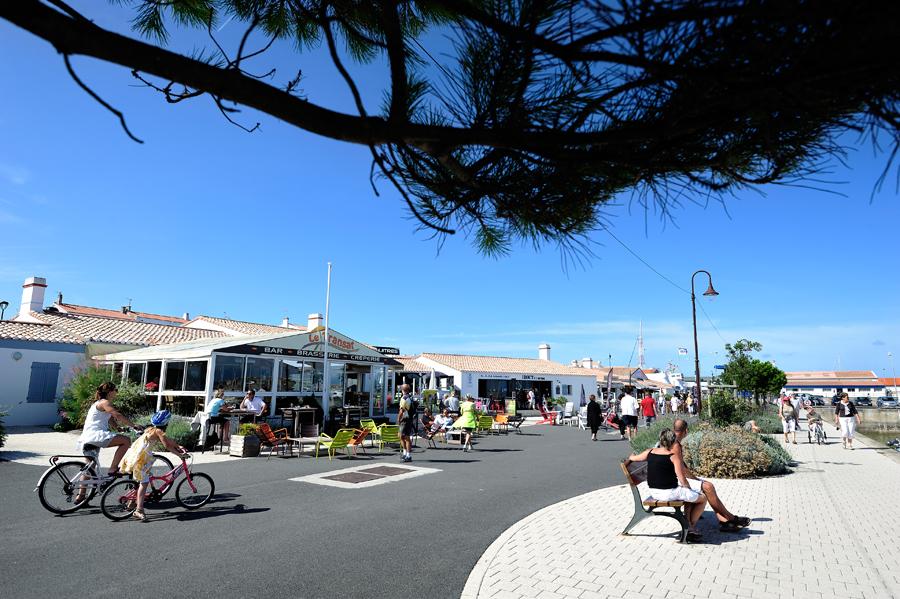 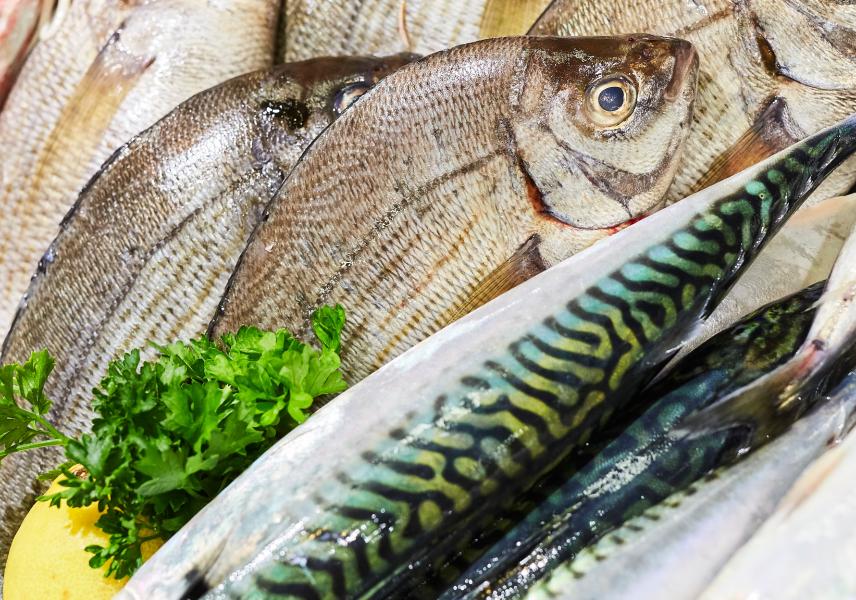 WALK UNDER THE EVERGREEN OAKS OF BOIS DE LA CHAISE 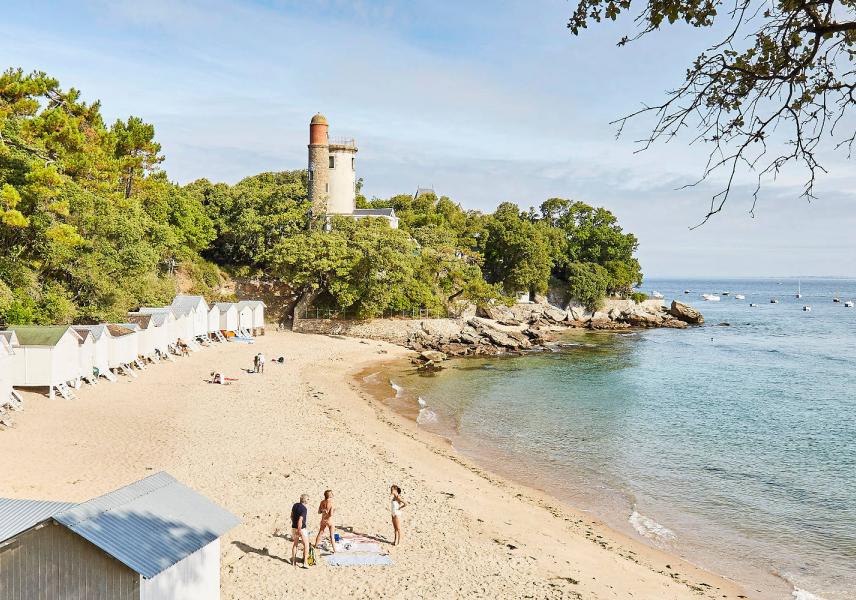 Stroll in the historic center of Noirmoutier 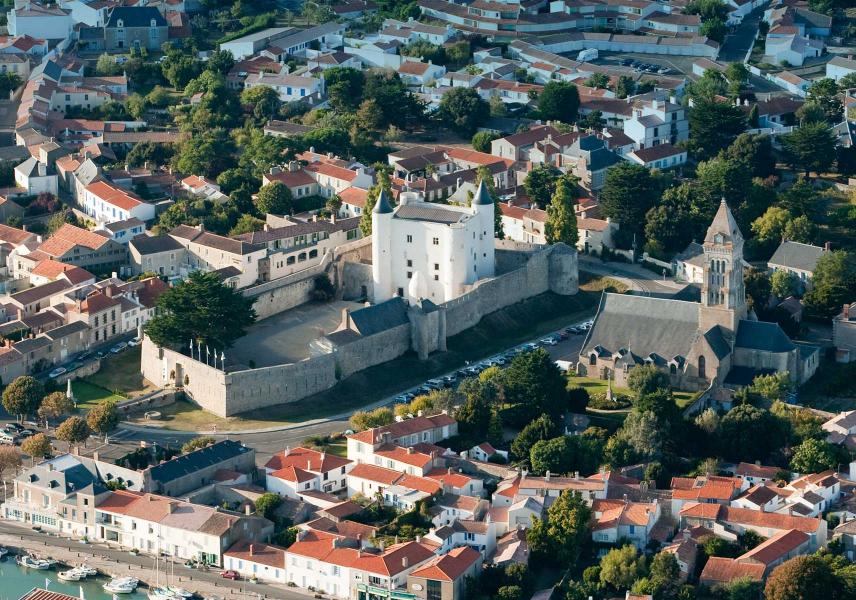